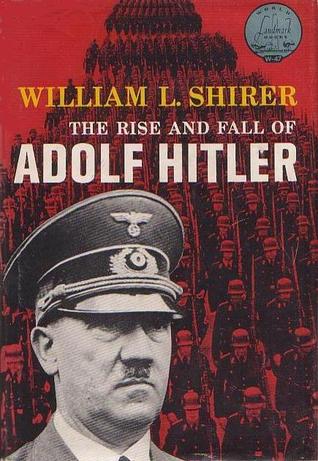 The Rise And Fall Of Adolf Hitler by William L. Shirer.
For my generation, all scholarship on Nazi Germany began with Shirer. I ordered an abridged version of this work while still in grammar school
and devoured it, mesmerized by the author's portrait of a man whom I regarded for many years as the embodiment of pure evil. My perspective
on Hitler and the Nazis has matured significantly since then, but I owe my lifelong fascination with the history of WWII
to Dad's involvement and to William Shirer. 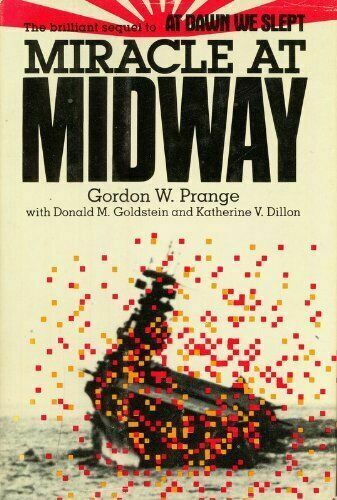 Miracle At Midway by Gordon W. Prange, with Donald M. Goldstein and Katherine V. Dillon.
Historical writing at its finest. Prange's research is so thorough he lets you become the envied "fly on the wall"
at the innermost planning sessions on both sides of the conflict, and finally on the bridges and in the cockpits alongside the men
who pulled off what was termed ~ with no exaggeration ~ "a miracle" of a victory. Having seen the stunning remake of the film Midway,
the book is an even greater example of the authors' ability to make history come alive for the reader. 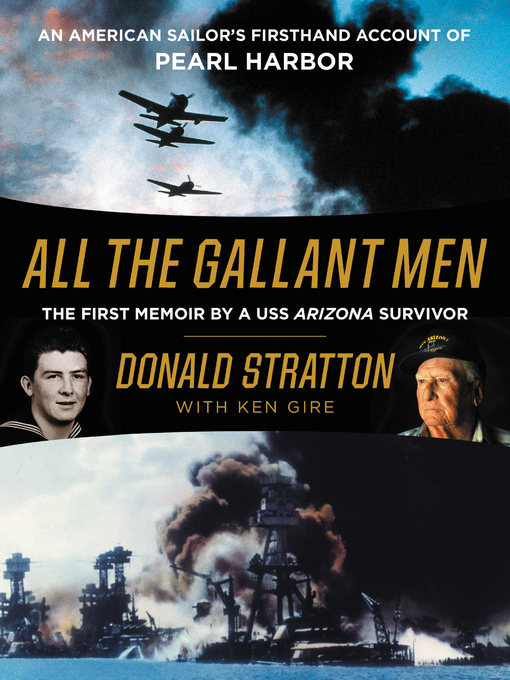 All The Gallant Men: The First Memoir By a USS Arizona Survivor by Donald Stratton.
Stratton was one of 6 Arizona crewmembers who survived its destruction. His account
of their rescue by BM2 Joe George from the neighboring USS Vestal is one of the most emotionally
wrenching tales of heroism I've ever read. Rarely if ever has a book moved me to tears not once but several
times. Stratton's granddaughter Nikki recounted that episode in a 2020 Veterans' Day speech
that is every bit as powerful as the memoir itself. 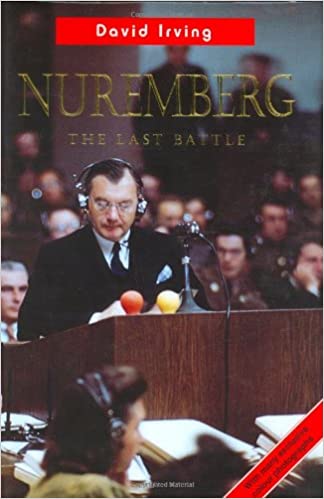 Nuremberg: The Last Battle by David Irving.
If there was a Medal of Honor for fealty to historical truth in the face of impossible odds, Irving should receive it.
Son of a Royal Navy commander, Irving has chronicled World War II from original sources more eloquently and comprehensively
than any living historian bar none. 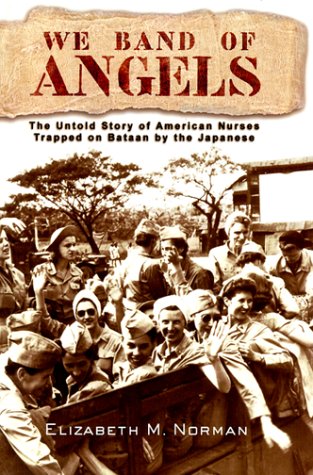 We Band Of Angels: The Untold Story of American Nurses Trapped On Bataan by The Japanese by Elizabeth M. Norman.
In my youth a bumper sticker frequently spied on cars read "Love a nurse". Prof. Norman is not only an RN like
her subject matter, but a gifted writer who brings to light the suffering and sacrifices of these
until-now unsung heroines of the war. 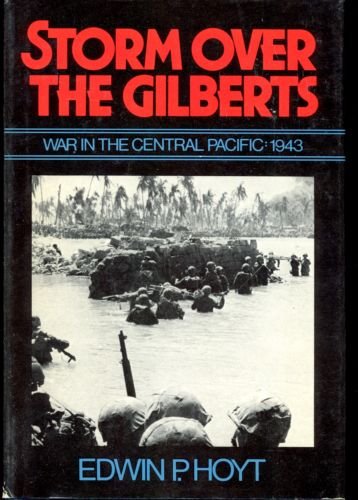 Storm Over The Gilberts - War In The Central Pacific: 1943 by Edwin P. Hoyt.
Hoyt was a prolific historian who wrote fast-paced accounts of individual campaigns, ideal for adults like me who
want to read everything about the war but are overwhelmed by the volume of literature available on the subject.
Dad's arena was mostly southwest Pacific but he got news of central Pacific battles like
the Gilberts while engaged elsewhere. 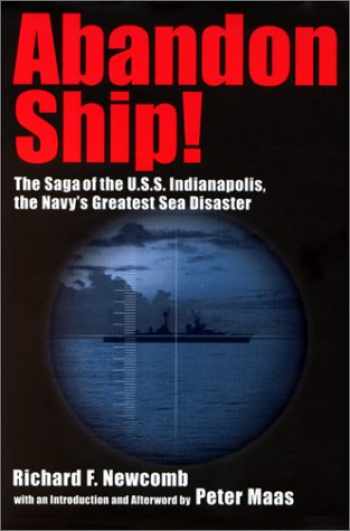 Abandon Ship! The Saga of the U.S.S. Indianapolis, the Navy's Greatest Sea Disaster by Richard F. Newcomb.
A disaster so great it made its way into popular culture in the 1975 movie "Jaws". After finishing
the book, I detested the U.S. military bureaucracy almost as much as the enemy sub for allowing the ship's
fate to "fall through the cracks" for 4 days before dispatching rescues, followed by the scapegoating of Capt. McVay.
The heavy cruiser's sinking (in 12 minutes) was only the beginning of horrors that awaited officers and crew
once they hit the water: sharks, starvation, exposure, delirium and despair. 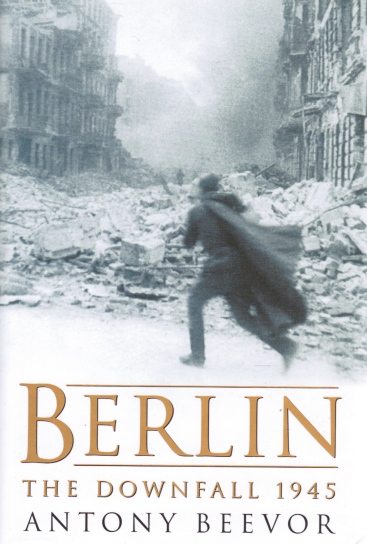 Berlin: The Downfall 1945 by Antony Beevor.
A historian astonishingly free of vindictiveness toward the defeated nation, Beevor catalogs Red Army atrocities
against a defenseless civilian population, the worst being collective rape of millions of German women. I was
never an apologist for "Uncle Joe" Stalin and America's "ally" the Soviet Union, even before reading this book. 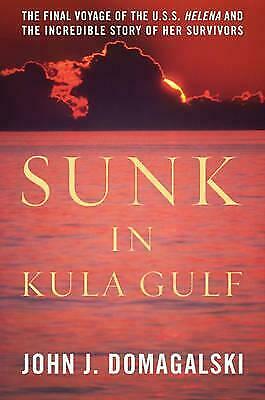 Sunk In Kula Gulf: The Final Voyage of The USS Helena and The Incredible Story of Her Survivors by John Domagalski.
Stimulating account enlivened with quotes of many survivors who were interviewed by author. Dad was in same task force as
the Helena and Domagalski's account matches what Dad recorded in his diaries of the heavy cruiser's final hours. Execution of the
predawn rescue mission to the island of Vella Lavella 8 days later was a marvel of planning, coordination and timing. 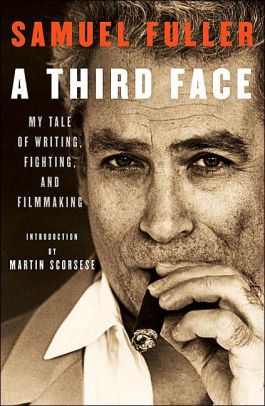 A Third Face: My Tale of Writing, Fighting, And Filmmaking by Samuel Fuller.
Although Fuller made his name in Hollywood after the war, he was a reporter for tabloid newspapers in the 1920's and 30's. He brings
a journalist's eye to the chapters devoted to his time as an infantry soldier in WWII, from North Africa to Normandy Beach to
Ardennes to liberation of POW's at Falkenau. Amazing first-person account of life in the trenches as a 'dogface'. 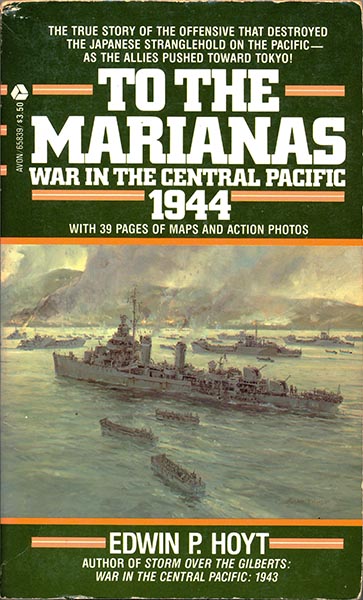 To The Marianas - War In The Central Pacific: 1944 by Edwin P. Hoyt.
Hoyt has penned another classic of the Second World War in his inimitable style: minutely detailed yet buoyed by episodes of
individual heroism and sacrifice. Reader relives the battles as naval vessels and ground troops slog their way island-to-island from Guam
to Saipan against a fierce, entrenched enemy instilled with bushido and committed to fight to the death. Intense rivalries
erupt as leaderships of the military branches vie for control of overall strategy to win against an imperial force that already knows
it is doomed to defeat and therefore has nothing left to lose.